January 2021: The Universality of Domestic Violence

Domestic violence (DV). Domestic abuse. Intimate partner violence (IPV). Controlling relationships. Whatever term you use, this is an omnipresent issue. Domestic violence occurs across all cultures, religions, ethnicities, genders, and socioeconomic groups around the world. It is a universal human failing.

DV Occurs Across All Cultures & Demographics

There is no general profile of an abuser. Neither skin tone nor nationality, bank account balance nor social class, neighborhood nor community, gender identity nor sexual orientation can predict violence. Abuse occurs in every nation across the globe. According to a World Health Organization (WHO) survey of 15 sites in 10 different countries, 15-71% of women suffered physical abuse, sexual abuse, or both at some point in their lives. Worldwide, this equates to one in three women on the planet. Additionally, one in four men suffer intimate partner abuse. That’s a staggering percentage of the population. The WHO calls DV a “global health problem of epidemic proportions.” While the ratio varies, nowhere is unaffected. 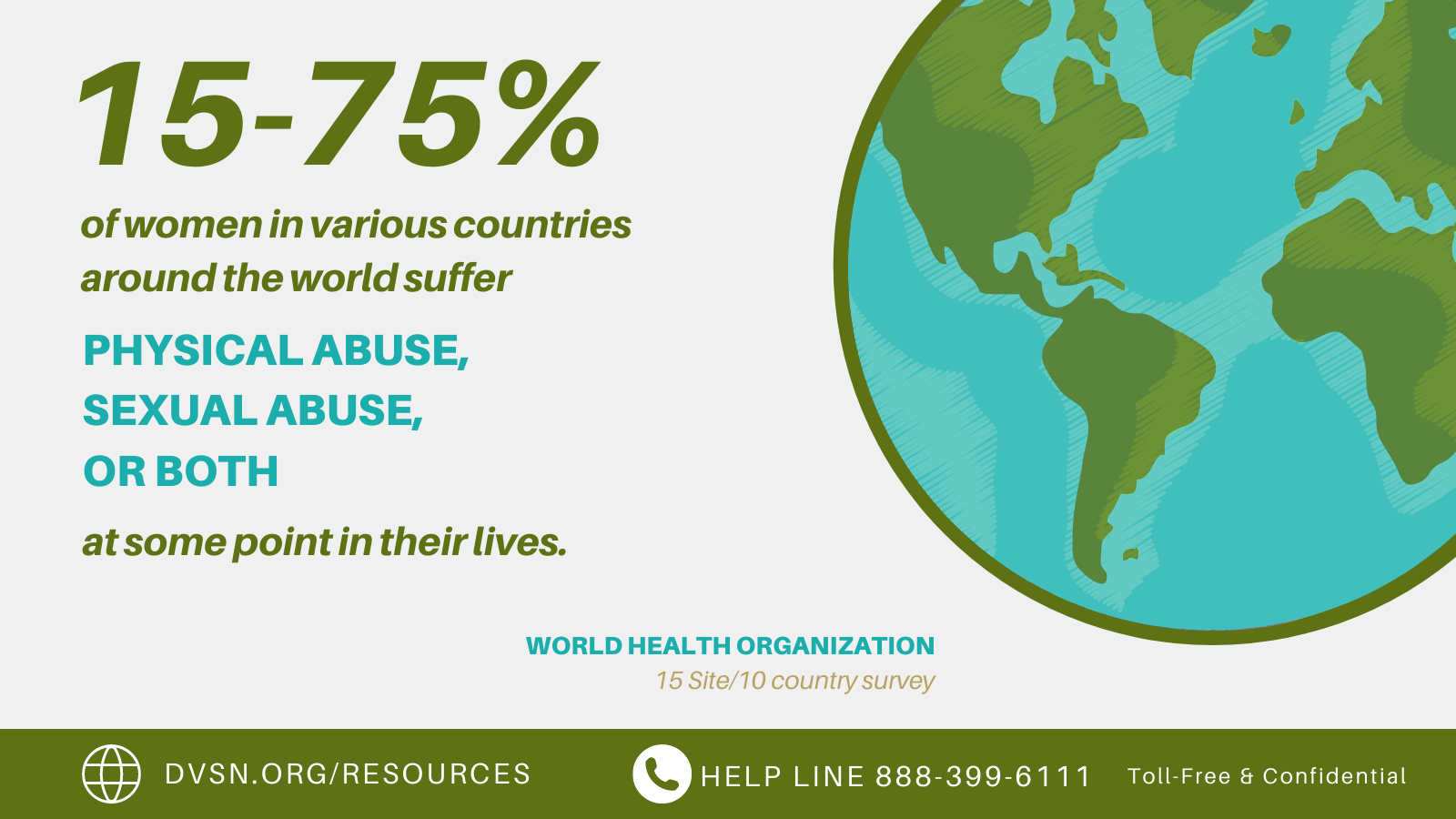 Controlling relationships don’t always involve physical violence. Verbal, emotional, financial, sexual, psychological, and spiritual abuse are less easily identified and quantified but are no less valid forms of domestic abuse. Statistics on violence and sexual assault are disturbing and prolific enough without considering how many more individuals suffer various forms of abusive, coercive control that are more difficult to recognize by others or even by the victims themselves.

If domestic abuse is common to all categories of people, why does it seem to be more common among certain demographics and cultures? This perception is based not on one group’s higher proclivity for violence over another’s but on a higher prevalence of aggravating factors. These factors are common to many abusers and are believed to potentially contribute to the likelihood of someone developing controlling behaviors. Just because someone has one or more of these indicators, however, does not mean they will be abusive. Abuse is a choice. 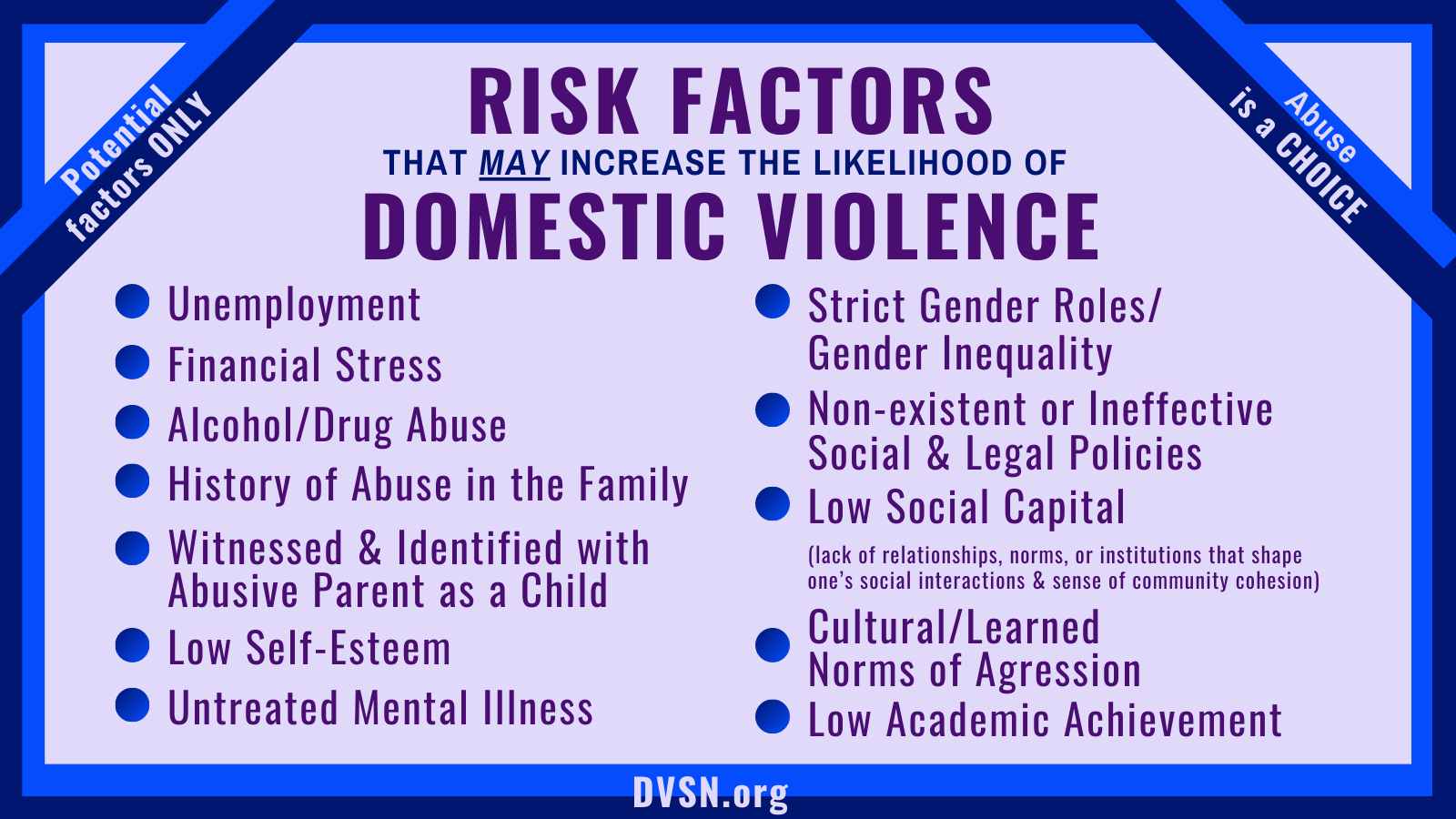 Awareness of this Hidden Issue

Intimate partner violence is not a comfortable subject for most people. Those who experience it often feel shame and embarrassment that they “allowed” this to happen to them.  This shame and erroneous sense of being responsible for their own abuse often keep victims in unhealthy relationships without seeking help and creates the appearance that the problem is not as widespread as it actually is. In much of the First World, the COVID-19 pandemic has brought more attention to domestic violence issues. This growing awareness needs to spread and continue its momentum. Only when more people are properly cognizant of abuse and its many variants can victims feel supported and all societies create the cultural and legal framework to end this epidemic. 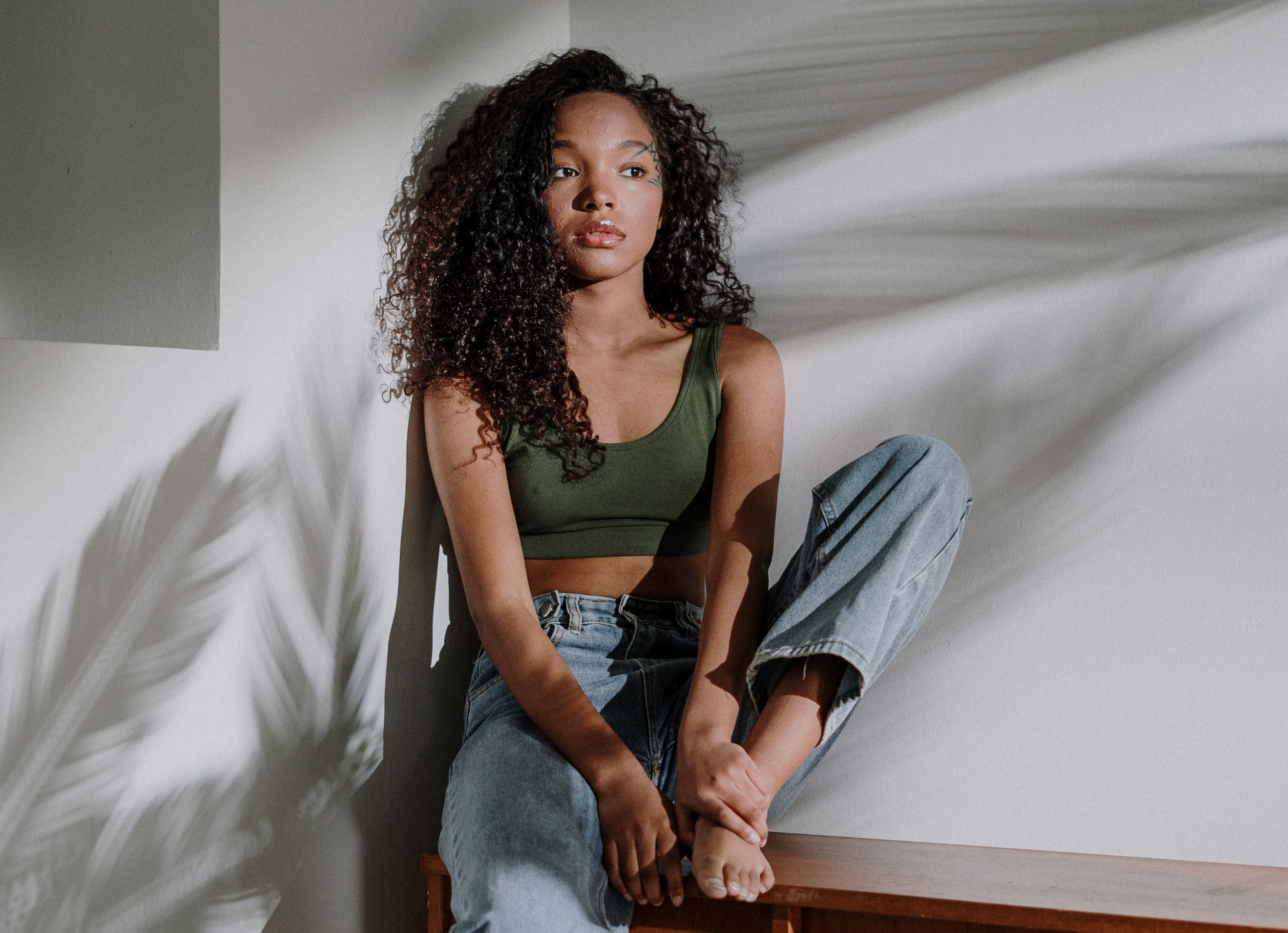 It is only relatively recently that domestic abuse has been seen as a societal problem. Intimate partner violence, particularly against women, was a generally accepted part of life and continues to be for many. The first shelter for battered women in the world opened in 1964, the first hotline in 1972. It wasn’t until the late 1970s that any domestic violence laws or federal funding existed in the United States. There are still nations where intimate partner violence is considered normal and acceptable or, at the very least, a private affair in which no one outside the couple should intervene.  Many victims believe the psychological and/or physical abuse is what they deserve for a perceived infraction for which the abuser has convinced them they are responsible. 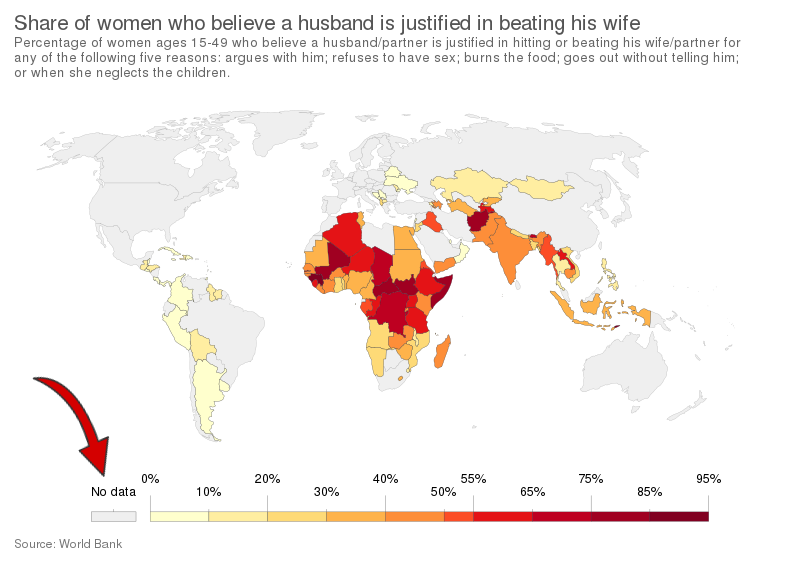 According to research in 49 low-to-middle-income countries by the University of Bristol, an average of 36% of people thought violence was justified in some situations. These ‘situations’ ranged from suspicion of unfaithfulness to burning the food. The percentage also varied widely from 3% in the Dominican Republic to 83% in Timor-Leste. Researchers concluded several of the factors indicated in the graphic above, particularly gender inequality and political/social factors, play into this disparate range.

Facing the stigma of the community hinders victims from reporting or seeking help. When you grow up being told violence is okay, even expected, and everyone you know appears to feel the same, there is societal pressure to perpetuate the practice. You might not be able to consider an alternative. It is an immense challenge to alter cultural norms. True systemic change takes a long time. 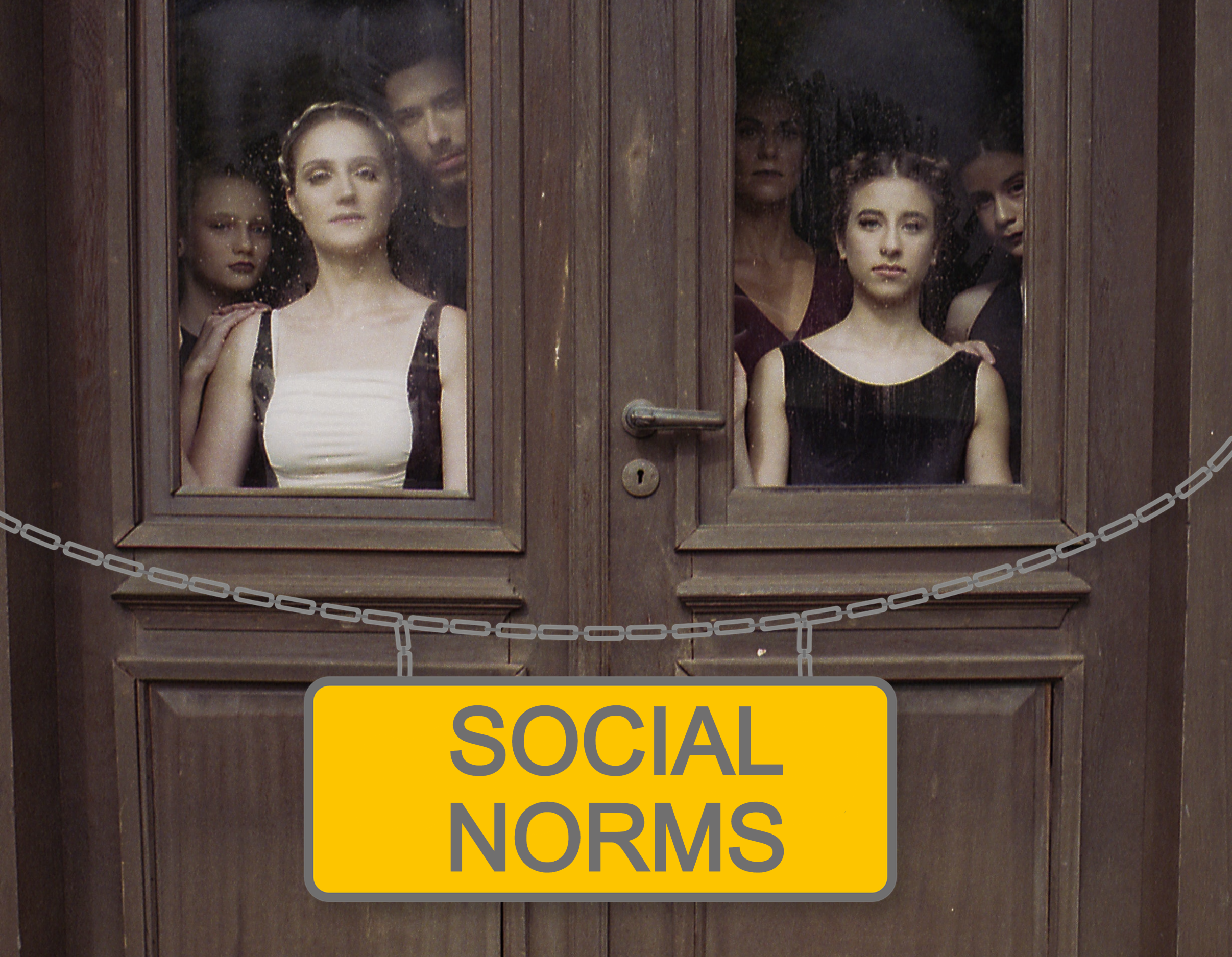 Changing the system requires not only awareness but understanding. What circumstances allow this problem to persist and how can we transform them? This involves not only educating and properly training medical professionals, mental health counselors, law enforcement personnel, lawyers, and others who routinely interact with victims and abusers, but the general public as well. According to a WHO report, the effectiveness of “mass media interventions” has not been studied enough for conclusive results. However, the success of broad public campaigns against smoking and drunk driving suggest that they would play a “critical role” in preventing violence.

Check out DVSN’s October blog post for some recommended books and websites to inform yourself about this issue. A curated list of national and local Massachusetts DV and COVID related resources can be found at DVSN.org/Resources.

Domestic violence is a universal issue that can affect anyone in any corner of the globe. It will take a global effort to overcome skewed perceptions, embarrassment, shame, cultural acceptance, and a lack of information and resources. Every effort, no matter how small, can make a difference and help build a better future. Thank you for taking the time to learn about abuse and support agencies like DVSN. 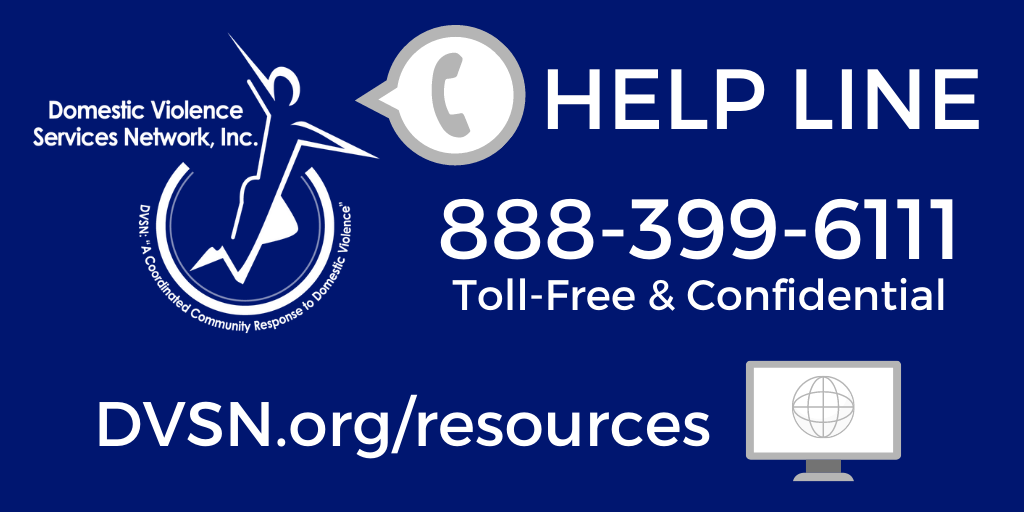 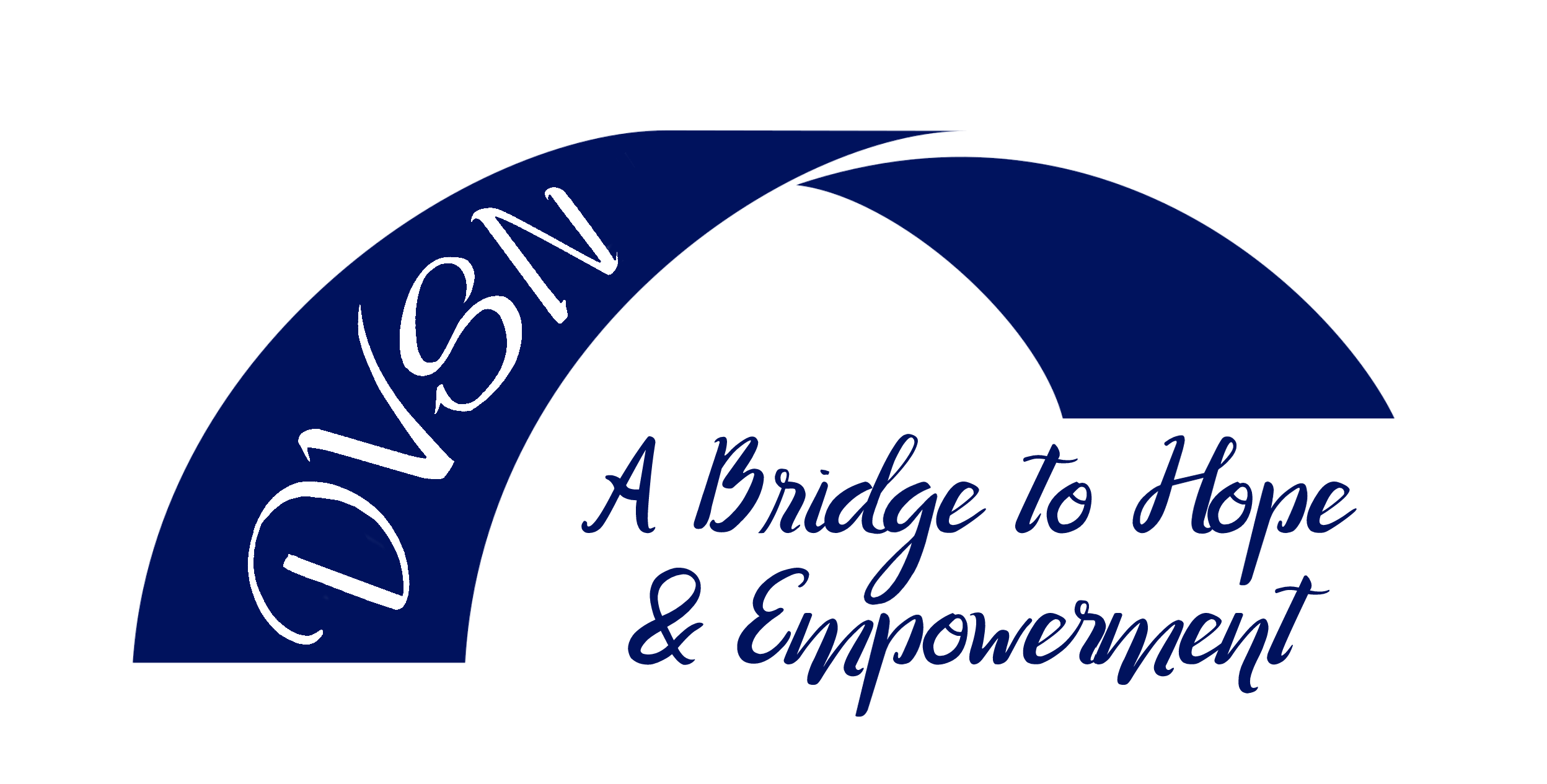